I’m really liking this viral campaign for the upcoming series on FX, “American Horror Story,” which is created by Ryan Murphy and Brad Galchuk of Nip/Tuck and Glee Fame.

END_OF_DOCUMENT_TOKEN_TO_BE_REPLACED

I can’t call upon the writing the same as the other jobs…The writing has the most pressure, it’s the toughest but it’s also the most rewarding when it works out.

END_OF_DOCUMENT_TOKEN_TO_BE_REPLACED

I had the opportunity to visit the set of one of my favorite shows on television: the sitcom “It’s Always Sunny in Philadelphia” which shoots on the Fox lot. A group of us observed the shooting of a very funny scene in Paddy’s pub (I wish I could tell you the premise, but I can’t reveal any spoilers), toured the set and interviewed the cast. END_OF_DOCUMENT_TOKEN_TO_BE_REPLACED

Filed under FX, Interview, It's Always Sunny in Philadelphia

Tagged as FX, It's Always Sunny in Philadelphia 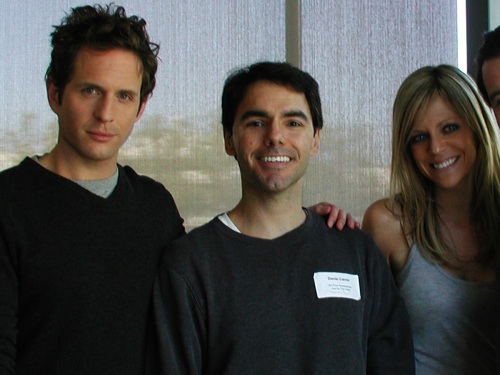 The FX Network was kind enough to bring a group of us online journalists to the Twentieth Century Fox lot to observe the shooting of the comedy “It’s Always Sunny in Philadelphia” and to interview the cast. When I first walked on the soundstage, I immediately was struck with the thought, “So THIS is why TV shows cost so much,” because there were so many crew members, equipment, lights, scaffolds and general buzzing around that it’s apparent that even though the style of the show may be gritty, this is no low-budget indie film shooting in someone’s apartment. After watching many takes on the monitors of a funny scene (that I can only say involves a funeral) the crew took a break so we were able to tour the set. END_OF_DOCUMENT_TOKEN_TO_BE_REPLACED

Filed under FX, It's Always Sunny in Philadelphia 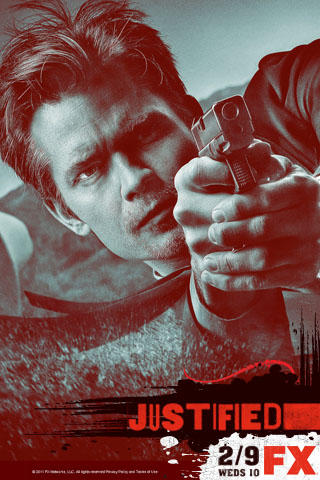 Justified has returned for a second season and it looks like there will be no shortage of gunfights, chases and southern swagger.

Raylan Givens is back, and to that I say…

It’s going to be a great season.

Timothy Olyphant is interviewed about “Justified” Season Two and the (manufactured) feud between him and Telematic Dan continues! (EXCLUSIVE VIDEO)

Yes, it’s me — unknown, unrevered and rarely updated, versus…

Make sure to watch until the end…

Until next time, Olyphant.

For now, I’ll just leave the final word to your co-star Natalie Zea…

END_OF_DOCUMENT_TOKEN_TO_BE_REPLACED

“I’ve hired a lot of writers… The more original, the more unique your stuff is, the better, I think, rather than trying to hit a certain place that’s going to get you employed. That usually just makes you like everybody else.”


Continuing my coverage of FX Networks programming, I took part in a conference call interview with comedy veteran Louis C.K. who is premiering his new 30-minute comedy show “Louie” tonight.

Louis had some great insights into comedy writing and, for my money, elucidated the problem with network television and why it’s been getting its ass kicked by cable television for the past decade. Louis C.K.’s credits include Late Night with Conan O’Brien, “TV Funhouse” on Saturday Night Live, Lucky Louie on HBO and the cult hit movie Pootie Tang.

Dan Calvisi: You are listed as the only writer on IMDB. I don’t know if I missed some press materials where it lists other writers, but if that’s the case, what exactly is your writing process for writing these episodes?

Louis C.K. I am the only writer. That was a decision I made because I just wanted to write and make the show. Writers’ rooms, they kind of gravitate towards a certain place. There’s a need to perfect things in a writers’ room, and that can take a lot of fun out of a show sometimes. It’s a struggle. It depends on your personality. Some people love working with a writing staff. I had a great writing staff on Lucky Louie, but it sometimes felt like Congress or something. It’s like if you’re the president and you have the ability to just fire Congress, life would get kind of fun all of a sudden. END_OF_DOCUMENT_TOKEN_TO_BE_REPLACED

Telematic Dan!
Create a free website or blog at WordPress.com.