Not quite as blow-you-away cool as last season’s pic (Don Draper underwater) but still…cool. 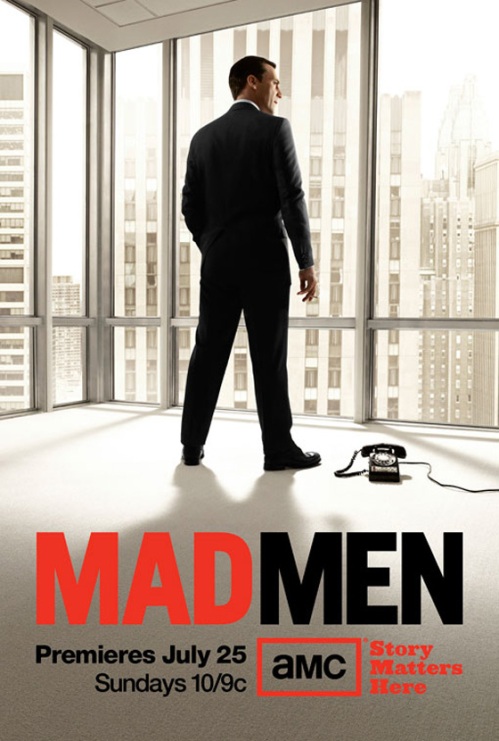 One blogger suggested that the Waldorf Astoria hotel is seen in the distance, which is owned by Conrad Hilton (a returning character?) and the surrounding buildings suggest Don’s location is near Rockefeller Center. That seems to be a stretch to me, but I’ll leave that up to the experts.

Here’s some other goodies from AMC TV’s Mad Men site to hold you over until the big Season 4 premiere on July 25, 2010: END_OF_DOCUMENT_TOKEN_TO_BE_REPLACED

From The Hollywood Reporter:

FX has ordered a second season of “Justified” with a 13-episode pickup.

“We are very excited about the tremendous, widespread acclaim that Justified has received from both audiences and television critics,” said FX president and GM John Landgraf. “Graham Yost, Tim Olyphant, Elmore Leonard and their talented partners have crafted a uniquely ambitious and entertaining series which is everything we aspired to when we developed the show.”

The drama, starring Timothy Olyphant, had a towering debut, dropped sharply, then stabilized in the ratings. To date, the show has averaged 3.4 million total viewers in its freshman season and 1.7 million in the 18-49 demo. The Season 1 finale airs June 8.

“I’m just thrilled, and I’m looking forward to chronicling the future adventures of Raylan Givens,” said Yost. “To work with an actor like Tim, who was born to play this role, has been a wonderful experience.”

“This pick-up speaks volumes to the quality and collaboration on the series, and our unparalleled partnership with FX,” said Jamie Erlicht, president or programming for Sony Pictures Television. “The viewer response to Justified has been as enthusiastic as ours was when we first heard the pitch.”

More on Justified from Telematic Dan! 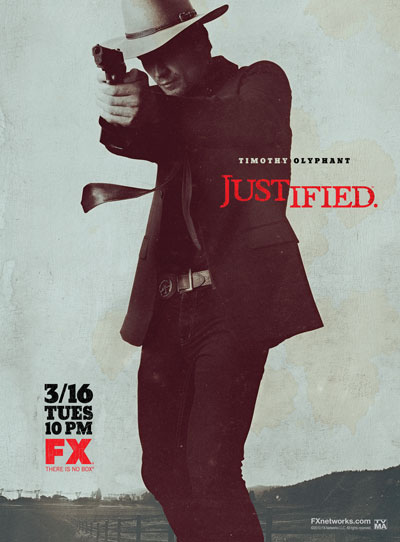